The SIU Distinguished Alumni Award recognizes SIU Carbondale alumni who have achieved success and recognition since their graduation.

Former recipients include leaders in the business industry, famous actors, and world-class athletes. Pictures and biographies of the selected alumni are located on the first floor of the SIU Student Recreation Center in the Alumni Lounge.

We want to congratulate all alumni who have been recognized and thank the many others who bring prestige and recognition to SIU every day. 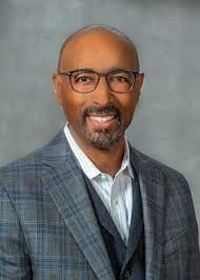 Morris is the director and a professor in the SIU School of Accountancy and is currently serving as the interim associate provost for academic administration. He has been employed by the university since 2004, when he started as an instructor. He became an assistant professor of accounting with a cross appointment to the School of Law in 2008, an associate professor in 2016 and was made a full professor in 2021.

During his time at SIU, Morris has served on several committees, including graduate council chair, research task force chair, the Chancellor’s Diversity and Inclusion Task Force and Chancellor’s Leadership Council. He is also involved on the board of the Boys and Girls Club of Southern Illinois. 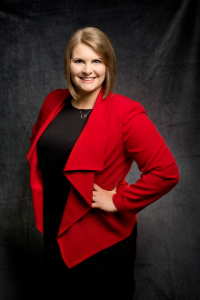 Cristina has two degrees from SIU, a Finance undergraduate degree and Master of Business Administration. After grad school, she spent 5 years with Saluki Athletics on campus.

She opened her State Farm agency in Carbondale in 2018 and remains heavily involved with supporting the campus and Carbondale communities. She is currently a member of the Carbondale Chamber of Commerce Board of Directors and chairs the Young Alumni Committee through the SIU Alumni Association.

She and her husband, Joel, have two children, 6-year-old Luca and 2-year-old Dori Jo.

Teri Campbell is an avid Saluki fan and booster. A two-time graduate of Southern Illinois University, she earned a bachelor’s degree in management and a master’s in business administration and is a long-time season-ticket holder for men’s basketball and football.

Teri is a basic skills specialist at John A. Logan College, tutoring students in accounting, business, and computer information systems classes. She is also an academic advisor and TRIO mentor and is the sponsor of the T-PLUS Club, a group of student tutors. She formerly served as the assistant coordinator for public and sports information for the College Relations Office and the coordinator of athletic events in the Athletic Department. She has worked full time at Logan since 1996.

A life-long resident of Cobden, Teri coauthored a book about her high school basketball team’s historic run to the state finals called The Amazing Appleknockers: Illinois’ Cinderella Basketball Team of 1964. It was published in 2011 and Teri was inducted into the Illinois Basketball Coaches Association Hall of Fame in 2013 for chronicling and preserving an important piece of basketball history in Illinois. 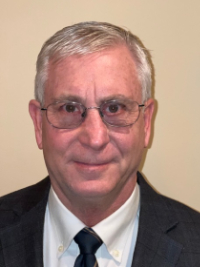 When Lenzini’s parents moved to Carbondale in the early 1950’s, they purposely purchased a home 2 blocks from campus so all of their kids would have access to higher education. Eventually 5 of their 6 kids, plus several spouses and their children obtained multiple degrees from SIU including graduates from the first Engineering class and the first Law School class.

As a professional engineer, Lenzini has worked for the Illinois Department of Transportation and E. T. Simonds Construction Company. At IDOT he was involved in the interview, selection and supervision of close to 100 students from SIU’s engineering program. Virtually all have progressed to graduation and professional employment and licensure. He has also been involved with the Civil Engineering Department's Professional Advisory Board since 1997, advising the department in matters of curriculum, policy, enrollment, program evaluation, accreditation reviews, and the capstone senior design class.

In addition, Lenzini has presented class lectures on a variety of topics, provided research materials and led field trips to construction sites. There is a very active student chapter of the American Society of Civil Engineers and he has been involved in their steel bridge and concrete canoe regional and national competitions.

Outside of SIU, he has helped with projects at Touch of Nature, Carbondale’s Green Earth Inc. and building a pedestrian bridge in the John A. Logan Courtyard. 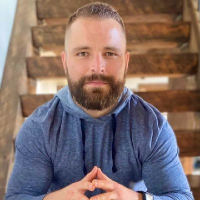 Brett Bartholomew is a performance coach, best-selling author, keynote speaker, and host of a top-ranked podcast. After nearly losing his life as a teenager, in part due to poor medical care, he founded the leadership development company Art of Coaching™ which focuses on the unique role optimized communication plays within organizations and elite teams.

His experience includes working with members of Fortune 500 companies, the U.S. Special Forces, and sporting organizations and professional athletes. His book, Conscious Coaching: The Art and Science of Building Buy-In, achieved international “Best Seller” status in two categories and has been ranked as “Amazon Top 100 Books Overall.” Conscious Coaching has since crossed over into other industries and is used by universities worldwide as source material to help guide future leaders and professionals.

The Art of Coaching Podcast exploded onto the scene in 2019, experiencing 409% growth in less than 12-months, nearly a million downloads and subscribers in over 200 countries, all while remaining focused on hard-hitting topics centered around real-world leadership strategies implemented by everyday people as opposed to celebrities.

Bartholomew is the Vice President for the non-profit organization Movement2Be, which helps youth in underprivileged communities learn more about physical activity and proper movement. He is currently conducting his doctoral research focused on the role of power dynamics, persuasion, and optimizing change management within organizations at the University of Central Lancashire. He resides in Atlanta, Georgia with his wife and son. 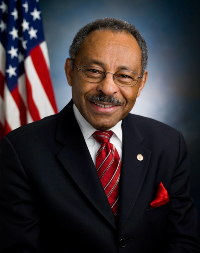 Roland Burris is an attorney, who has a long and distinguished career in public service, including stints as attorney general for the State of Illinois, state comptroller, and as a U.S. Senator for Illinois. A native of Centralia, Illinois, Burris graduated from SIU Carbondale in 1959, where he was a member and president of the Alpha Phi Alpha fraternity. After graduating, Burris studied for one year at the University of Hamburg in Germany, the first black student from SIU to become an exchange student. After returning to the U.S., he attended Howard University Law School, where he graduated in 1963.

Burris worked in banking until 1972, when accepted a position in the cabinet of Gov. Dan Walker. In 1978, Burris became the first African-American to be elected to a major political office in Illinois when he became state comptroller. He served three terms. He then became the Illinois Attorney General from 1991 to 1995. In 2009, Burris was appointed as a U.S. Senator to complete the term of the seat vacated by Barack Obama once he was elected president.

Outside of his public service, he was a partner at the Burris and Lebed Consulting firm, specializing in government and political relations. He also established for the university a $100,000 endowment through the SIU Foundation as part of the Project Hope and Opportunity initiative. The scholarships focus on helping African-American students either from his hometown of Centralia or from the Chicagoland area, who want to pursue a field of study in liberal arts. 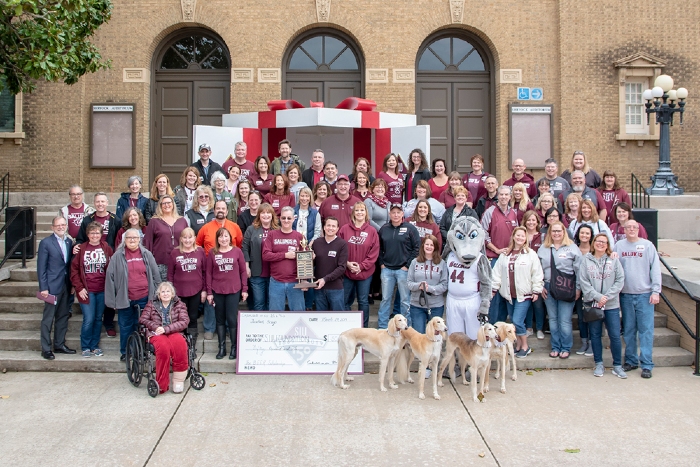 What began as a simple Facebook page to help alumni from the 1980s and 1990s reminisce about their heydays at SIU Carbondale quickly took on a life of its own and generated a new, endowed scholarship for new generations of Salukis.

The Balancing Education, Experience, and Reality (B.E.E.R. Scholarship) has become one of the most funded financial aid offerings by thousands of alumni, who show their appreciation of the great memories SIU gave them by giving students the opportunity to create their own memories. The group raised more than $150,000 in three years during the annual SIU Day of Giving.

Earlier this year, the group generated nearly 700 gifts totaling more than $52,000. Meanwhile, the group’s ongoing social media discussions continue to be a powerful and influential voice in the life of the university.